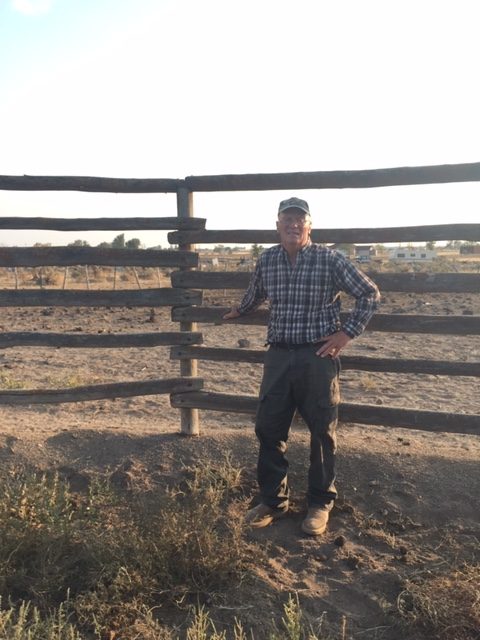 Found this guy standing in my round pen the other day. Told him to go home before he got hurt. He said he ‘was’ home and he doubted I could show him anything about getting hurt that he didn’t already know. I was about to light his old smart ass up although there wouldn’t much if any glory in kicking his ass and if I lost, well I can only imagine how bad that would look.
But when he raised his head and I looked into his eyes I saw something familiar.
There was a slight twinkle, a hidden mirth, maybe even a hint of a caustic and irreverent sense of humor. I’m not sure I can describe all that I saw in his look but after a second he smiled at me and I smiled back. With that we sat down in the dirt of my round pen and visited like old friends.

We talked about fast cars and airplanes, beautiful women and raising kids, wild horses and starting colts.
He asked me how come there were so many weeds in my round pen?
I told him the kids were all grown and I was past the age of riding colts although I still threw a leg over one now and then.
He responded that he understood but at 70 he was still riding a few and he knew folks older than he was that couldn’t leave them alone either.

“Tumble weeds make for a softer landing but are a bit stickery”.

I laughed at his sense of humor and nodded my head in understanding then I asked him if he had learned anything along the way?
He responded, “about what’?
“About all of the above subjects”.

He grinned and nodded his head.
A car that couldn’t hit a 120mph or better wasn’t worth driving.
Airplanes were a subject that would take more time but had been a huge passion.
He had been raised to believe that all women were beautiful, some on the inside, some on the outside, but he had found that not to be true. If you were lucky enough to marry one that was both, beautiful inside and out, then hang onto her.

Kids were a grandparents blessing but a parents nemesis.

Starting colts was another subject that would require more time.

He was 14 when he threw a leg over his first colt. Along the way he had been kicked, bit, stomped, hung up and drug near to death, flipped over on, bucked off and had colts so wild that they came across his saddle horse trying to get him.

“It was a huge passion”.

He was pretty sure that 4 lifetimes wouldn’t be enough to learn it all but he was dang glad for what he had learned.

I asked him if he had any advice, once again he responded with an “about what”?

I chuckled, “about anything and everything”.

He nodded his head and soberly responded.

“Never take anybody for granted or underestimate them; same goes for horses”.

“Never pass up an opportunity to tell your loved ones that you love them”.

“If you’re blessed to wake up stealing someone else’s oxygen then make the best of it; it might be your last day on Earth”.

“Keep COURAGE, HONOR and INTEGRITY in your headlights and you’ll be alright.

Wasn’t much I could add to that.