Which one of us looks like the bigger dork? Don’t tell my brother that I put him in the ‘dork’ class, not sure he would appreciate that. Bruce, the brother in question as to being a dork and I took our brides for a ride up Elk Creek on the north side of the Palisade reservoir, east of Ririe Idaho. We were doing our best to imitate a ‘gunfighter’ pose from the ‘Old West’ but I’m afraid that it was a poor attempt; fun just the same. 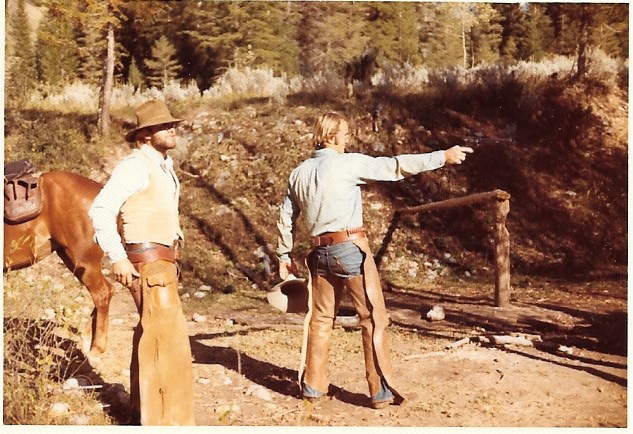 I had something of a head of hair back then; I let it grow collar length or longer a couple of times. As the hair line receded I kept it short; I was never vain enough to worry about whether I had a head of hair or not. That was along time ago but I remember the ride well. 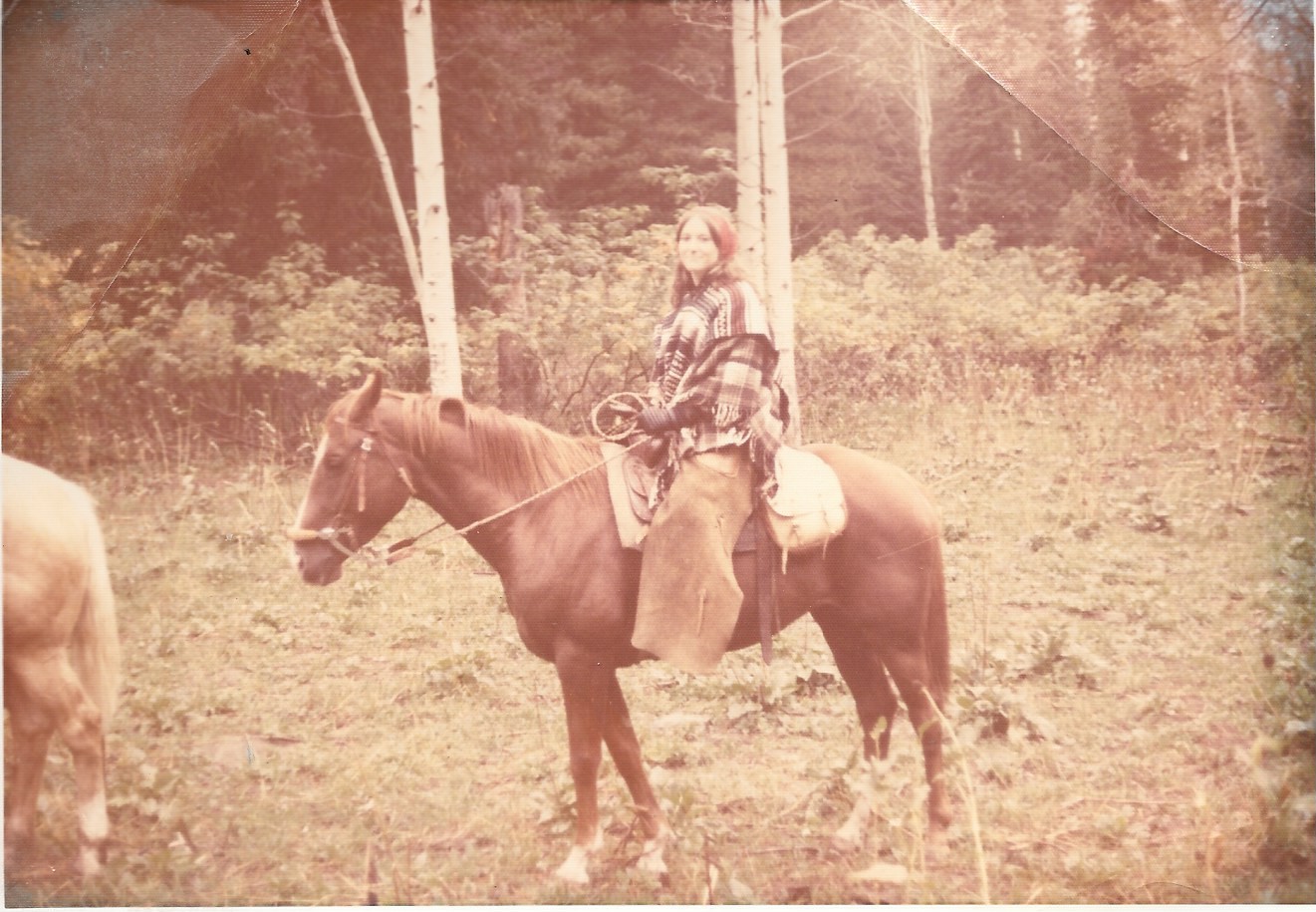 This good looking ‘Senorita’ is my bride; yeah she was a looker back then too. Why would I marry an ugly gal? It’s not my fault that I married better than she did. Always been pretty dang happy she said yes. I have no doubt that some of my shenanigans have worn  thin through the years but glad she hasn’t traded me in; yet.

The sorrel mare she’s riding belonged to my cousin Kevin Walker; nice little horse, just the right size for my bride. I was mounted on my old ‘Poco’ Palomino gelding that day. He was a traveling son-of-a-gun; usually made the rest of the horses in tow trot to keep up with him. Forty plus years later my bride and I are still riding the trails together.