Going to change directions with this post. My last several post have been about horses but something happen recently that brought back a stack of memories.

I was thinking about a flight I made the fall of 1988 returning the aircraft, a geared Thrush that I had flown that summer for Del Macy.

Del had purchased a flying business at Mountain Home Idaho and needed a pilot and manager for it and hired me for the job. I had picked the Thrush up that spring in Rosalia Washington. The season was over as it was mid October and I needed to get the aircraft home where it would be annualed, repaired and readied for the next year. 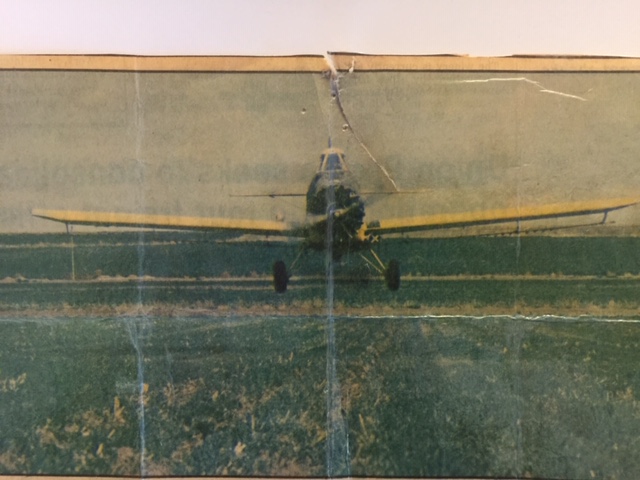 We were still living in Nampa and I had near ran my self to death that summer running a flying business in Mountain Home and having my family in Nampa. Towards the end of the summer we rented a small trailer across town from the airport in Mountain Home and Joy and the kids spent more time with me there.

I flew the Thrush from Mountain Home to Nampa and spent the night and headed out the next morning.

The weather can be interesting across the Hells Canyon, my intended route, but often times a fairly decent option. Rugged, but if the tops of the mountains on both sides of the canyon are obscured the canyon itself can be open. The key words here are ‘can be’. The last thing that you want to do is be flying in the canyon and find yourself in a position where a one-eighty is not an option and have the weather close in on you.

That particular day the cloud cover was high on the tops of the mountains and broken. I could see all the way from Brownlee Dam to the Chief Joseph Plains or dang near that far. It was a good option that day.

About half way through the canyon on my way north, I would come out of the canyon just south of Lewiston Idaho, I hit the updraft of the century; at least it was for me.

The Thrush started climbing at an abnormally high rate without me changing the pitch of my intended flight attitude. I pushed the nose over as I wanted to stay at my current altitude. I was level at about 8500 feet, climbing much above that would put me in the clouds.

The Thrush continued to climb as I continued to push the nose over. I looked at my VSI, vertical speed indicator and it was showing a 2000 feet per minute decent but my altimeter was still climbing. You have to remember that what goes up eventually comes down but at the moment I was more concerned with being in the clouds in a non instrument approved aircraft and no IFR flight plan and no radio communication with Center.

As I approached the bottom of the clouds I was finally able to push the nose of the Thrush over enough to stabilize my assent. A few seconds later I flew out of the updraft and the Thrush dropped like a rock. I leveled out at my previous altitude and the flight was uneventful from that point to Rosalia.

Through the years as I have ferried aircraft across the country, when people have asked me how my flight was my favorite answer has been, ‘uneventful, just how I prefer them’.

That was the most impressive updraft I have ever flown in.

Through my flying career I have known 4 pilots involved in 2 separate mid airs. Actually I know of one more but I don’t think I will write about that one.

Before I start about the mid airs I would like to say that I have lost friends and acquaintances in the flying industry to flying accidents each year; sometimes several in the same year. It is never easy but if you are going to fly for a living you have to be able to not take the problems of the world into the cockpit with you; not everyone can do that. I know of several fatalities that could be directly attributed to divorce, depression or other factors. You have to leave it on the ground. I don’t believe that there were outside factors contributing in either of these 2 mid airs.

The first one occurred in 1999. We were in the middle of our flying season and it was the second year that we owned the business at Mountain Home. Our success at owning the business was looking rather marginal. There were several things that factored into it that had swung horribly in the wrong direction; in the red instead of the black. Farmers cutting back, more competition and a power by out that paid farmers not to farm as their electricity was of value to another state. I think that one backfired on them though. No matter how it turned out for the farmers it cost us about 20% of our flying that year. Too much for a small business to absorb.

I was doing fine dealing with it all but sometime mid summer Bruce Kinney and Mike Hoard had a mid air near Paul Idaho killing both pilots. It could have been closer to Hazleton, I never went to the crash sight so exactly where it was I can’t say.

Bruce I had just recently met but Mike I had known for years. The details of the mid air went to the grave with them as the only witness was someone on the ground that looked up when they heard the impact. I heard later that it appeared one pilot was dead on impact and the other when he hit the ground. In some ways it didn’t matter what happened, they were both dead. But on the other hand, if the living can learn from an accident then maybe we can prevent it from happening again. That’s always a nice thought but due to the very nature of our business accidents are bound to happen.

I was able to attend Mikes funeral and was glad for that. Although seeing his wife Laurie sitting in a chair at the grave sight with an infant in her lap and 3 or 4 children ranging from 16 on down, standing at her shoulder, nearly undid me. Laurie if by chance you should ever read this it is with the utmost love and respect for you and Mike that I wrote it; forgive me if I’ve spelt your name wrong.

The other mid air occurred the last of July this year 2020. 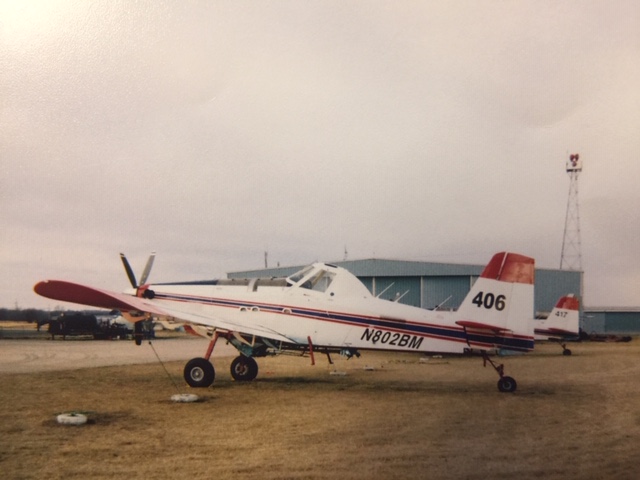 From reading the NTSB report they were north east of Mesquite Nevada working on an active fire. They were following a lead plane in and after the first pilot dropped there was some confusion as the second pilot dropped and impacted the other fire fighting aircraft, killing both pilots.

The pilots, Blake Haynes and Scott Thomas were flying for the same company.

Even after reading the NTSB report I’m unsure who was at fault. They were too close but that is stating the obvious. Greg McDonald was piloting the lead plane and is highly thought of in the fire world when it comes to aviation and fires. Both SEAT’s, Single Engine Air Tankers, were behind him so he may have not realized how close they were to each other over the target area. In the report they were approximately 1500 feet in separation on their way to the fire. As they got close to the fire target area that separation closed prior to their dropping retardant and the mid air.

There are a lot of unknowns, even with eye witness’s. The bottom line is that they were too close.

In 2005 I was flying a fire contract in St George Utah for New Frontier Aviation. The contract aircraft was the M18 Dromader. It’s a fixed wing aircraft with a 1000 horse power radial engine and a 650 gallon hopper. We would normally carry about 500 gallons.

Ross Rogerson and I were the contract pilots and we were dispatched to the Dammeron Fire north and slightly east of St George. A third pilot in the same type of aircraft was in tow.

The year before at the same location they lost a pilot and we all had that thought in the back of our minds. I was second in line following Ross at about a quarter of a mile. As we came over the fire listening to Air Attack on how they wanted our retardant laid in, a shadow of an aircraft went over Ross; it was the third aircraft in tow behind me, he had broke flight formation and shouldn’t have been there. Ross came uncorked and asked him what the Sam hell he was doing. The pilot said that he just wanted a better look. Ross told him to get back in line before he flew into one of us. I never had to say a word, I had both planes in sight and was enjoying Ross putting this guy in his place.

Aviation is an awesome area to make a living, I feel very privileged to have had the years and flight time along with so many great experiences. Mid airs or any aviation fatality casts a shadow on the thrill and enjoyment of flying but can be used to keep other pilots alive if we will learn from them. The last few years of my career I studied the NTSB, National Transportation Safety Board, reports of every accident that I knew of. Most of them had a common thread, occasionally one stood out so bizarre that trying to make sense of what happened made you dizzy. The bottom line was that over 80% of aviation accidents can be attributed to pilot error. Weather being a big factor and maintenance another one. In these two fatal mid airs they were simply too close, on converging flight paths and for whatever reason failed to see each other.