There are moments that I feel I should apologize to my readers. I know as an author and blogger that I am all over the chart with my posts and in my published books I write what I refer to as ‘the past, present and future’.

It’s not that it’s awful but where am I each time I write? That’s a good question.

I might be in Montana one day riding broncs off a mountain side or guiding Elk hunters and the next day dropping retardant over a cliff near St George Utah.

These photos are an old airstrip that we used when I flew for Clark’s Air Service, Nampa Idaho in 1986 and 1987.

The strip lies south of Nampa on the south edge of Dry Lake on the rim above the Snake River near Givens Hot Springs. This view is the Northwest end looking Southeast down the strip. The Southeast end of the strip ends at the canyon rim. It is overgrown with weeds and grass now and hardly more than a two-track. 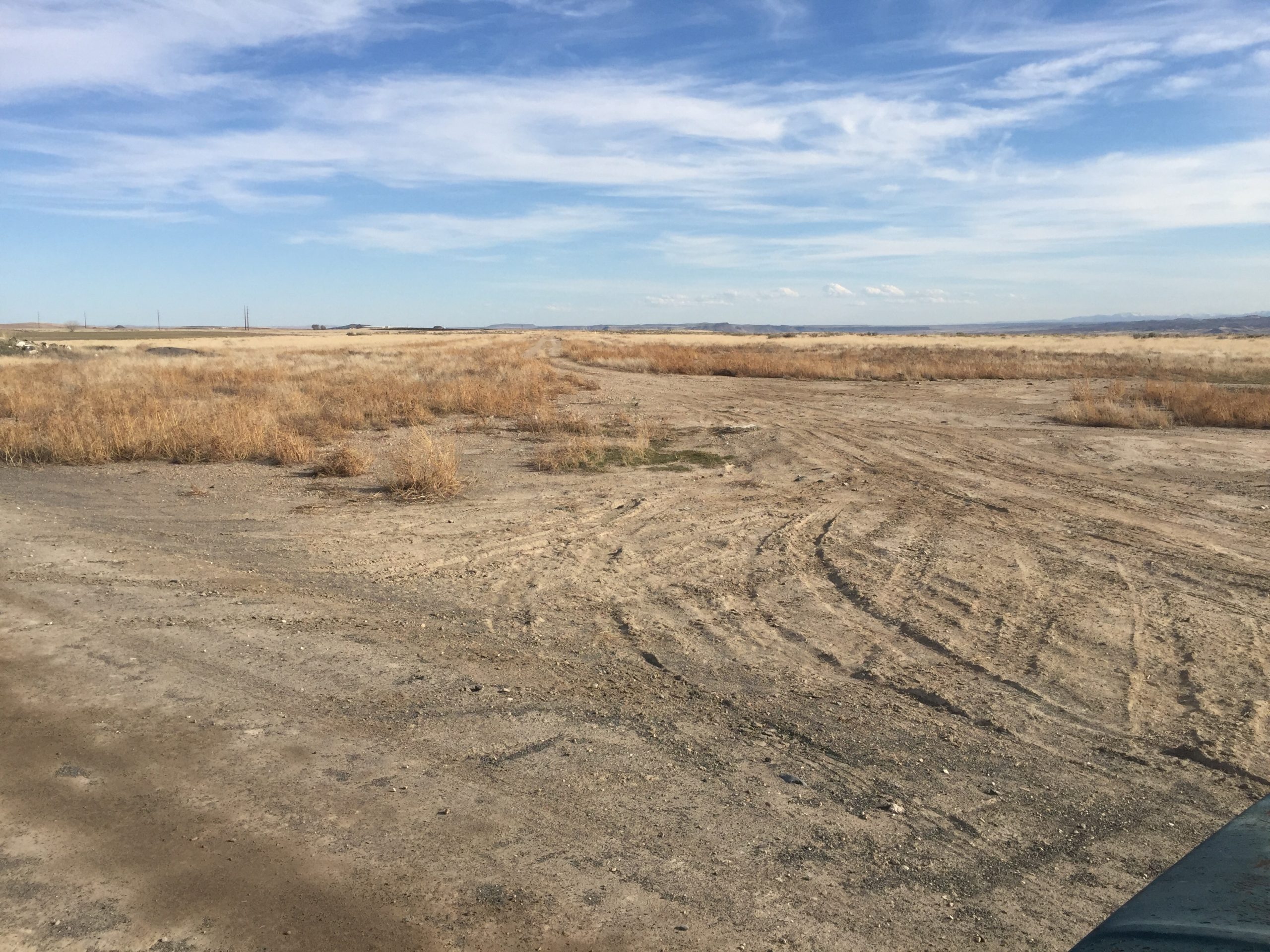 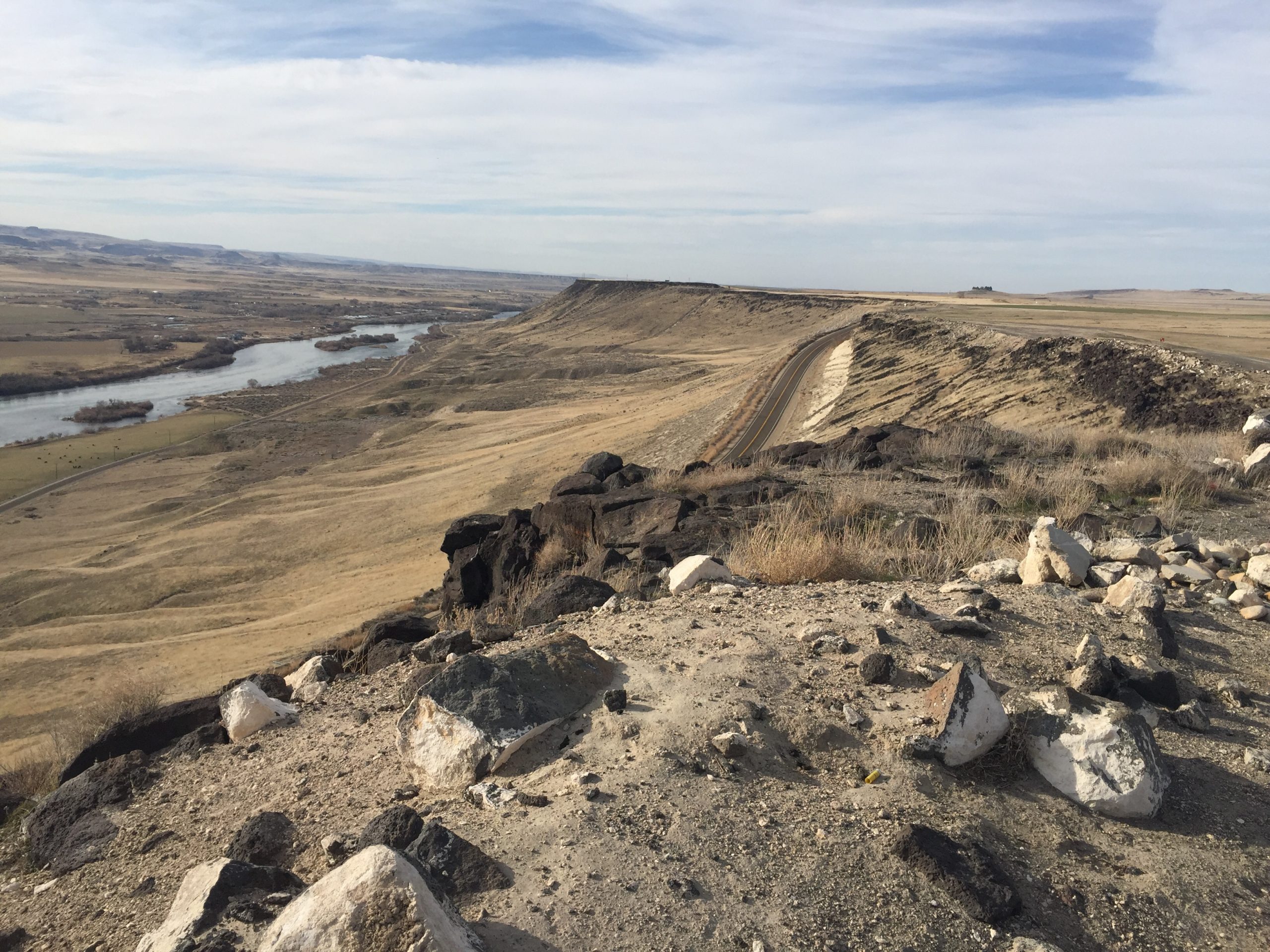 This is looking Southeast along the rim. 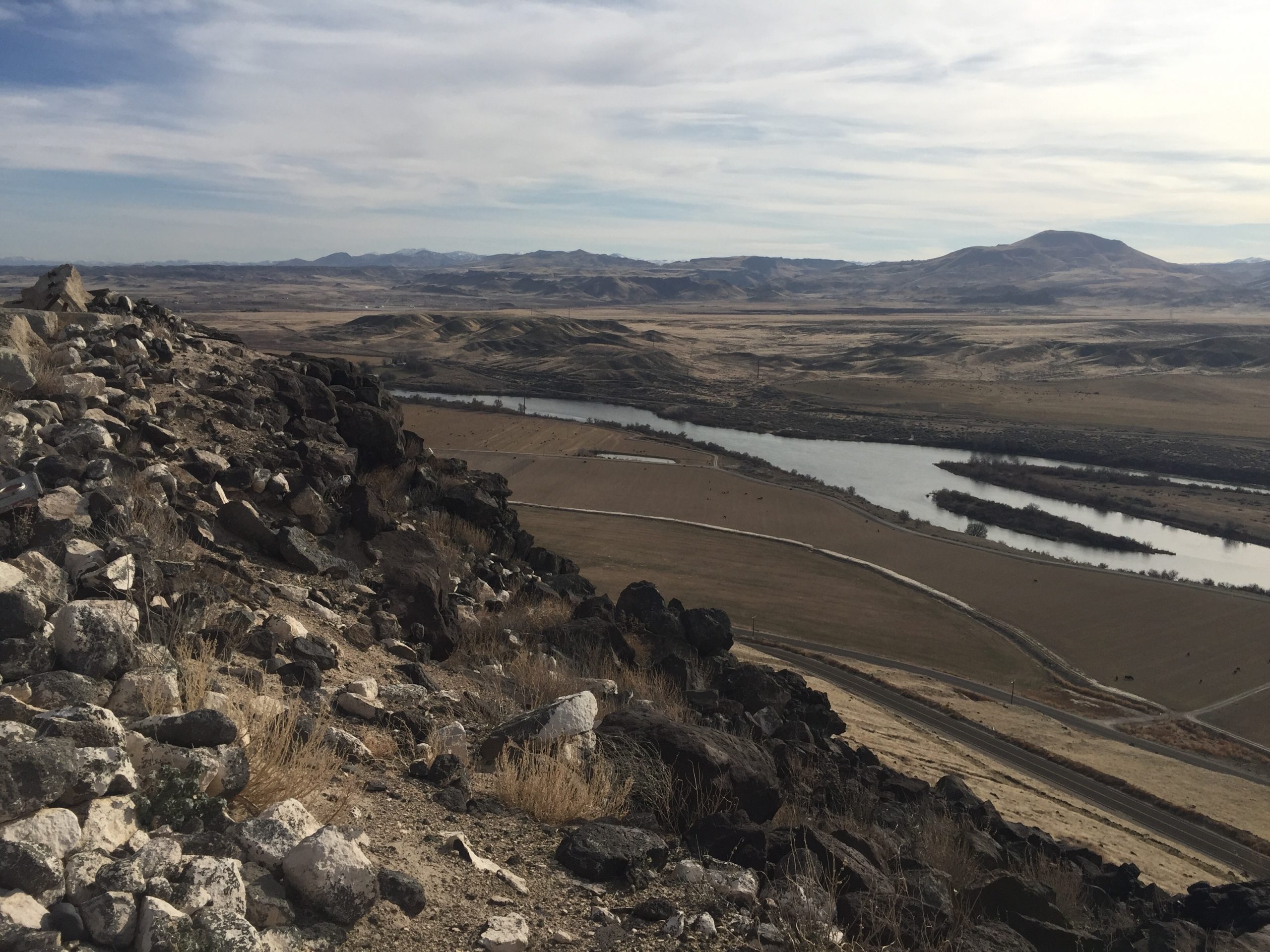 The point of the rim in this picture is near the end of the strip. Looking east from my viewpoint. 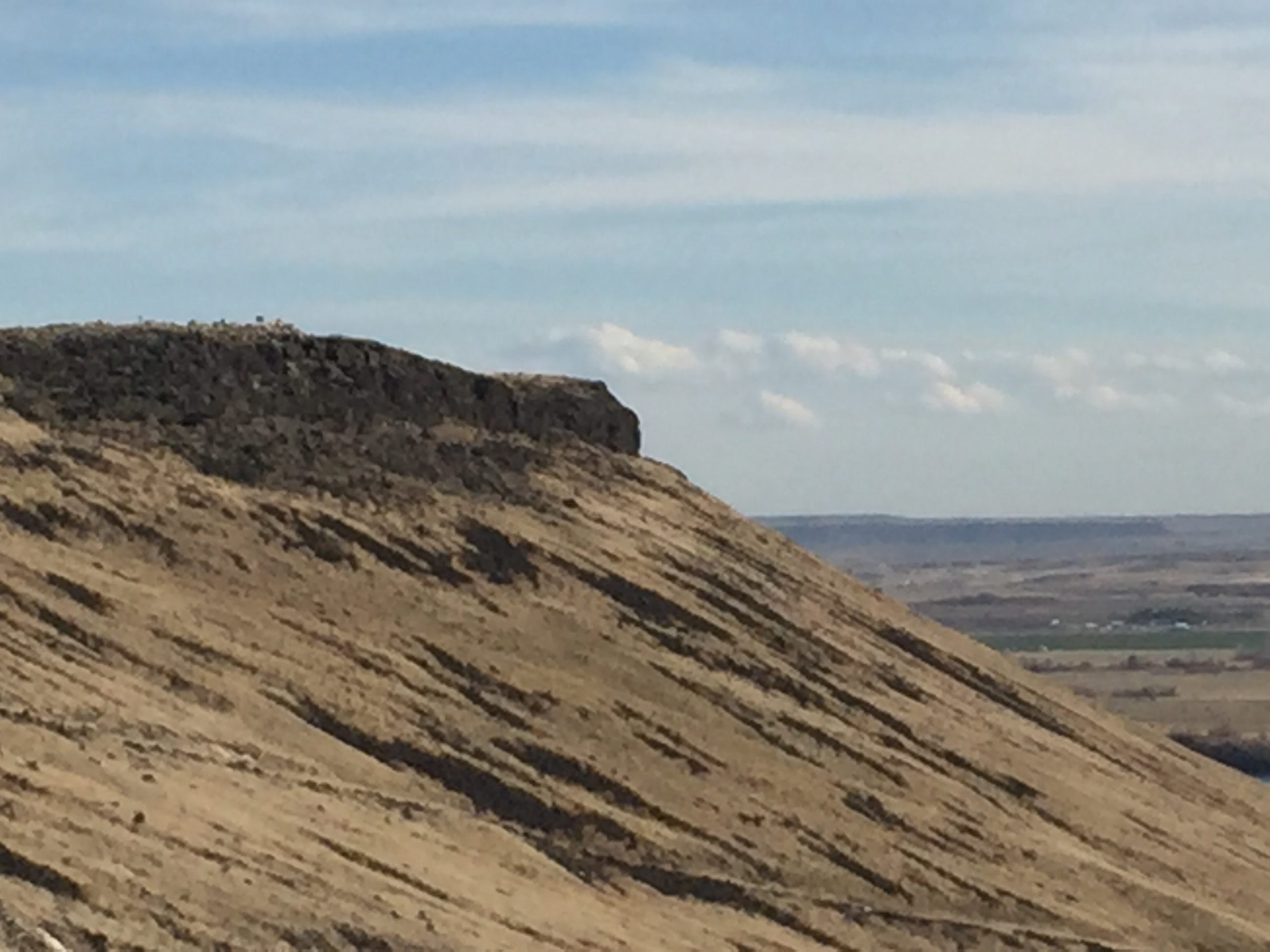 A shot from the road below the rim near where the airstrip ends.

Standing on Map Rock road looking up at the rim. 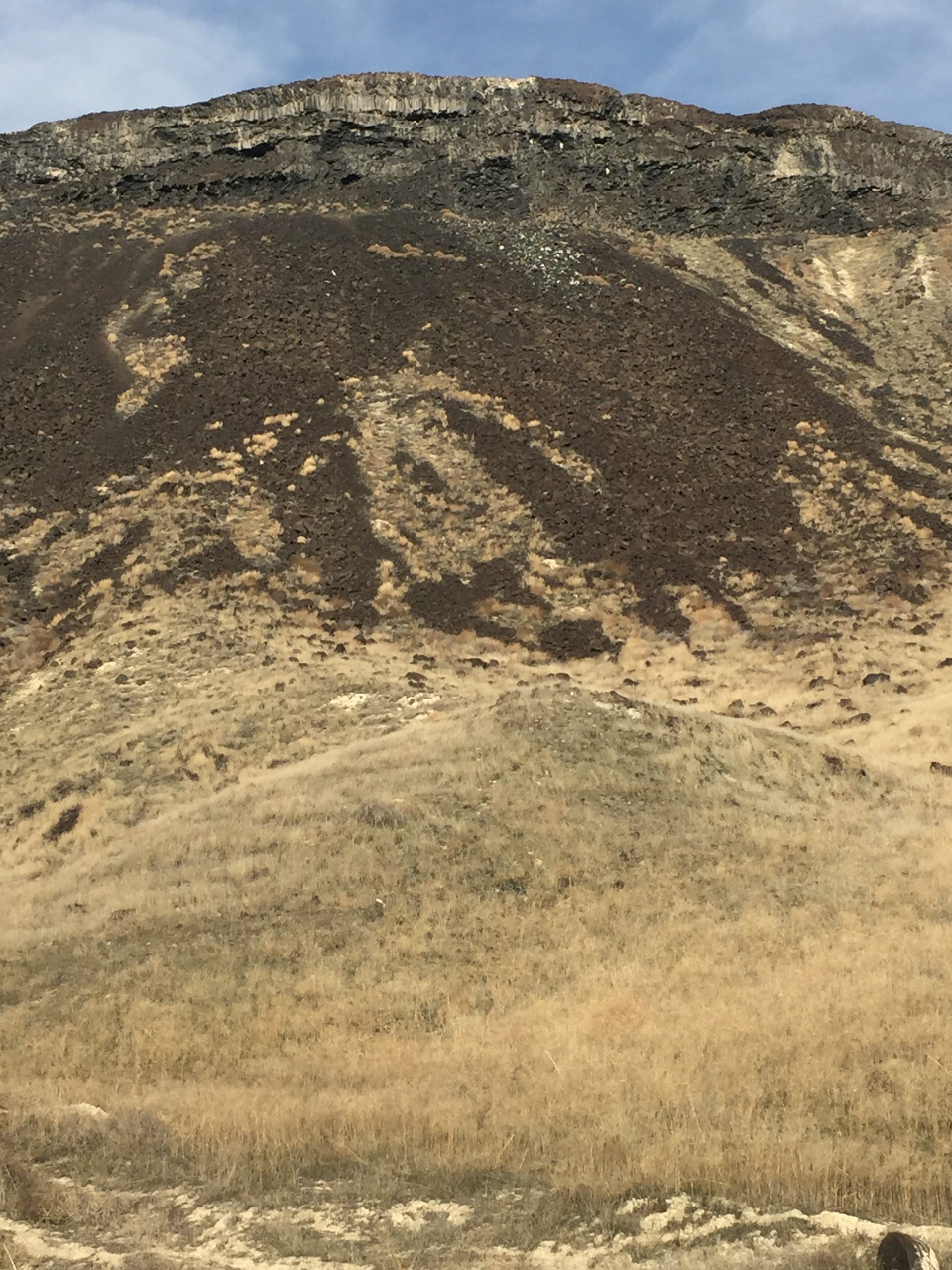 I’m not sure the pictures do justice to the story I’m about to write but it’s the best I can do. The story is a true story.

In 1986 I was starting my 4th year of flying professionally. Out of the previous 3 years we had had only one good year. I needed more experience and the 2 things I needed most on my resume was night crop dusting and radial engine time. Clark’s Air Service provided both of these things but at a high price.

I started flying for Clark’s in a Callaire which is a low wing aircraft with a flat engine and a 240 gallon hopper. I never carried that much in it as it wouldn’t pack that kind of load. Eventually I would fly a 600 hp radial engine Thrush and an 800 hp Thrush. Both Thrush’s were also low wing crop dusters and each had a 400 gallon hopper.

Daytime operations off of the USS Cliffside, as we so affectionately called it, were exciting enough, but at night when it was dark it could be sheer terror; you had to keep your wits about you.

Trundling down the runway trying to get airborne in an overloaded aircraft is always exciting. About the time you were actually flying, 2 to 3 feet off the ground and still in ground affect, you would drop over the edge and losing ground affect the aircraft would fall. You had to relax, push the nose over and build up airspeed.

Holding a southerly heading after she was flying good you would do a left climbing turn and head over the rim to the fields we were spraying.

If after you turned 180 degrees you couldn’t see over the rim with a good margin of safety you continued to circle until you could. During the daytime it was a no brainer but at night when it was so dark you couldn’t see your hand inside the cockpit it was easy to get rattled.

We never lost anyone from take off and landings there but there was a story about a retired military pilot that started a crop dusting business and his very first take off from USS Cliffside he turned 180 degrees and flew directly into the rim and killed himself; in the daytime. I never verified the story but there was a spot on the rim that looked like an impact and burn.

Landings in the dark on USS Cliffside were easier in the sense that you were flying an empty aircraft and had more maneuverability.

A nighttime landing started with an approach from the east flying west along the canyon rim. You could see the loaders lights and position yourself from there.

As you came up on the rim you would turn your field lights on and start picking up the reflectors on the rim that had been placed there as an approach aid.

You would adjust your power, flaps and speed as needed and at the appropriate time bank to the right and determine your touch down point.

The first year, 1986 Steve Knoeller, Brent Connor and myself were the 3 pilots flying there.

The next year in 1987 it was Gene Dixon snd myself.

Steve was killed the summer of 1986 but not from flying off of the USS Cliffside.

Brent and his wife Cindy became lifelong friends and Brent is one of the best heavy tanker pilots in the fire bombing world that you will ever meet. We worked a fire together out of St George Utah in 2005. He was flying a P3 Orion, 4 engine heavy and I was flying a radial engine Dromader, single engine tanker.