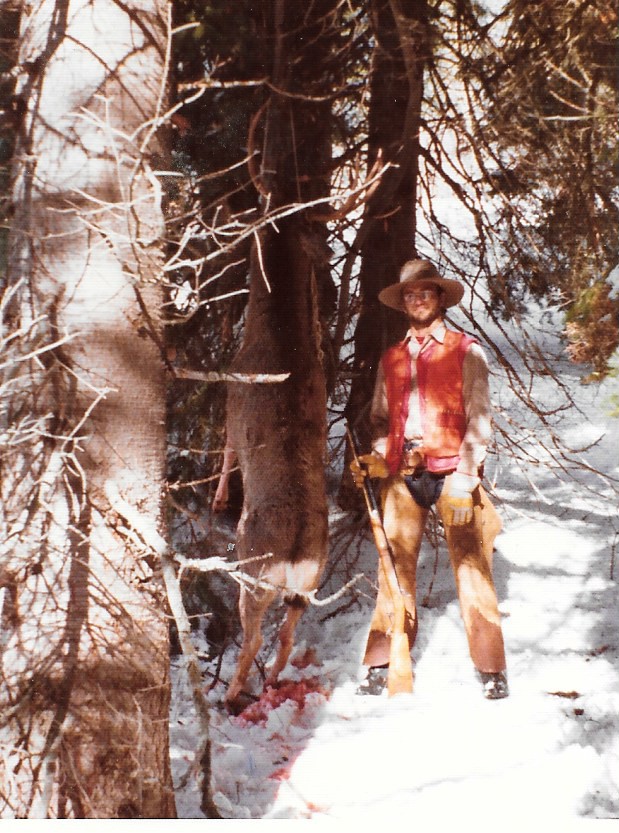 When Robert Redford made the film ‘Jeremiah Johnson’ in 1972 I was deep into my Mountain Man years. I would never take it to the extreme some people would but I have always enjoyed the ‘High and Lonesome’ and have quite often went to the hills alone. I know that that is not recommended but it’s just part of me. I am married to a woman that although she doesn’t always agree with me she has never tried to change what I am. In return I hope I have given her the same respect. In the end no matter what, we are what we are; for good or bad. Wanting to enjoy and craving the solitude of the Mountains certainly does not make me bad.

On more than one occasion when I would come home on leave from the Marines, depending what time of day I arrived, I would spend some time with my family, then a few hours in the evening with whatever girl I was interested in at the time and about midnight saddle my horse and head out to the desert, alone, coming home at daylight. One of those ‘my rifle , my saddle, my pony and me’ things. Sounds like a song off of a movie. Not sure I can explain it but that’s the way it was. 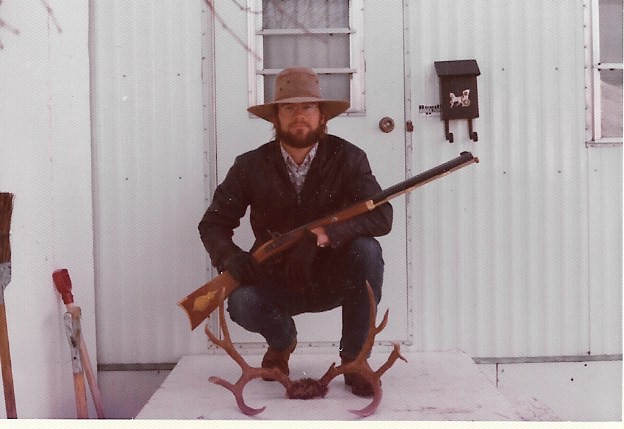 As much as I have always loved the solitude of the Mountains and the desert I have to admit that after I was discharged I was some what intimidated by the mountains, almost frightened by them. I don’t know if I went through my own form of PTSD or what but there was a period of adjusting to quite a bunch of stuff after my discharge.

You are plenty wired after serving in the Marines or any branch of the service even as a non-combatant and it took some time to adjust to just about everything. Getting married to a great woman that fall was a good start but I remember even after a year of marriage there were times when I wasn’t sure where some of my shit was coming from; pretty sure my new bride wasn’t sure where it was coming from either but hoping it would go away soon.

We walked into a MacDonald’s that was next to the Grand Central Mall in Idaho Falls the summer of 1973 and Bobby Jones a guy I grew up with but hadn’t seen in years reached out and grabbed me as we walked by. As I turned to look at him he released my arm and pulled back from me as far as he could get in his seat.

“Hey Bobby; how you doing man, long time no see”.

He stuck his hand and out and we shook hands. “I’m doing good but for a minute I was sure you were gong to hit me”.

I don’t remember feeling that way but he saw something  in my eyes that I didn’t realize was there. He was a great guy and we had a good visit.

The deer hanging in the trees is a bit hard to see but I stand 5′ 10″ so that gives you an idea how big he was. I can’t remember the dimensions of the rack but the best one I ever shot was 27 inches on the inside; not sure if this is him or not but he was a damn fine deer.

I was hunting with my 2 older brothers Kent and Bruce out of Franklin Idaho near a place called German Gulch. I dropped him with my 45 cal, Thompson Center Arms, Hawken replica muzzle loader. I had bought the rifle from a gun shop in Oceanside California in the late fall of 1970 or early winter of 71. It was the first of it’s kind that I had seen and I still have the rifle. It’s not as accurate as it once was but it was a gas to shoot.

Idaho has gone to a 50 cal minimum for Elk sized game but it has been years since I have hunted with a muzzle loader so it doesn’t affect me. My 338 Winchester suits my hunting needs these days when it comes to shooting big game.

Those were fun years and I’ve always been grateful that my companion accepted me for what and who I am rather than trying to mold into something I could never be. In many  ways she is a better camper than I am and it wasn’t that long ago we slept on the hard ground under the stars on a pack trip; but that’s another story.