When I was out feeding my colts earlier today it wasn’t exactly a moment of ‘deja vu’ but I had a flashback of a snowy ride that I made over 35 years ago. We were living in Twin Bridges, Montana at the time; Joy was pregnant with our 4th child and I was working the Spinner place on the Ruby River for Lowell Hildreth. Spring through fall grazing was on the Robb Creek Cattleman’s association up the Ruby river then on up past three forks and finally Robb Creek. When  I say up you are actually heading south. It was beautiful country; wild and remote.

That fall we were gathering pairs and weaning and shipping calves home. As usual we were missing cattle after a week of riding. Bill, the Association cowboy and I drove around country to Dillon and rented an Airplane and went looking for strays.

I was working on my Instrument and Commercial ratings and was on a first name basis with Andre Morris the FBO at Dillon so we grabbed a Cessna 172 and headed out over the East Fork of the Blacktail. I don’t recall  it being in our allotment but with no boundary fence the cows went where they wanted; never knew a Montana stock cow that was worth a damn that respected fences anyway.

We located a bunch of cows in a couple of their favorite hideouts and sure enough we had a dozen on the East Fork.

There are a lot of places in Montana that the fasted way to get there is on a horse heading cross country. From Dillon back to Robb Creek headquarters straight line was not far; by pickup truck back to Twin Bridges and then right turn towards Sheridan and on up the Ruby  again. Off at Alder then south winding through the rivers and hills took up a big chunk of our day. This was after our flight to find cows so it was early the next morning that we headed out a horse back.

From cow camp to the East Fork of the Blacktail was 18 miles one way. Our beautiful flying weather of the day before had turned into a November Montana snow storm; blizzard wasn’t quite the right word but there were a few  moments towards the end of the day that  it was more blizzard than snow storm.

I was riding my brothers horse that day, a crossbred Morgan, Appy, QH that was a very interesting character. He could jump out of any fence I ever put him in, had more endurance than anything I ever rode, was the most un-trainable thing I ever threw a leg over and one of the best athletes I ever rode. He could change leads every stride following a fast calf over a slick meadow as you were trying to get a loop on it but if you asked him to lope a circle in the correct lead just cause you could, forget it; it was pointless and meaningless to him both. He was dark brown but not black.

There was a 3rd rider with Bill and I that day but I can’t recall who it was. It was a hell  of a ride.  Eighteen miles one way. find the cows and get back to cow camp; piece a cake right.

We headed out on a long trot and made the East Fork in decent time. As we dropped off the ridge down onto the creek Bill’s dog took  off a yapping and came out of the brush on the heels of 80 head of Elk. They boiled out the other side of the creek and leveled about 300 yards of fence. We were laughing so hard that the exertion warmed us up some. Not sure why it was so comical but it was; at least at the time.

We found our cows and headed back. The storm that had been swinging around us all day with a few flurries decided to join us full  force.There wasn’t much let up in the intensity for the ride back to Cow Camp. We pulled in just as the sun went down.

The wind had been out of the Northwest all day so we were riding north into a quartering head wind. I don’t recall what the temperature was that day but Southwest Montana in November can be -0 and then some. Champs was a white horse on the windward side and my left eye was nearly froze shut; I kept covering it with my hand to save it.

Wool clothes were part of the wardrobe for that kind of riding. It was a few days before my feet were completely thawed out but out side of that there was no real damage just a great memory.

Bill was 15 to 20 years older than me, tough as twang leather and fun to ride with. He came from Colorado and I remember his last name but will leave it out of the story as I have no way of contacting him if he is still alive to see if he wants his name posted on the internet.

Southwest Idaho is a far cry from Southwest Montana and I’m not a young man anymore but I can still swing a leg over a horse and put in some long days.

Champs was the horse I would leap to from the back of another running horse. He would run neck-n-neck with the horse I was on which back then was Smokey a colt I got from Doc Nichols. Champs was always where he was suppose to be when I got there and that’s a big part of the secret of jumping from one running horse to another; but that’s a story for another day. 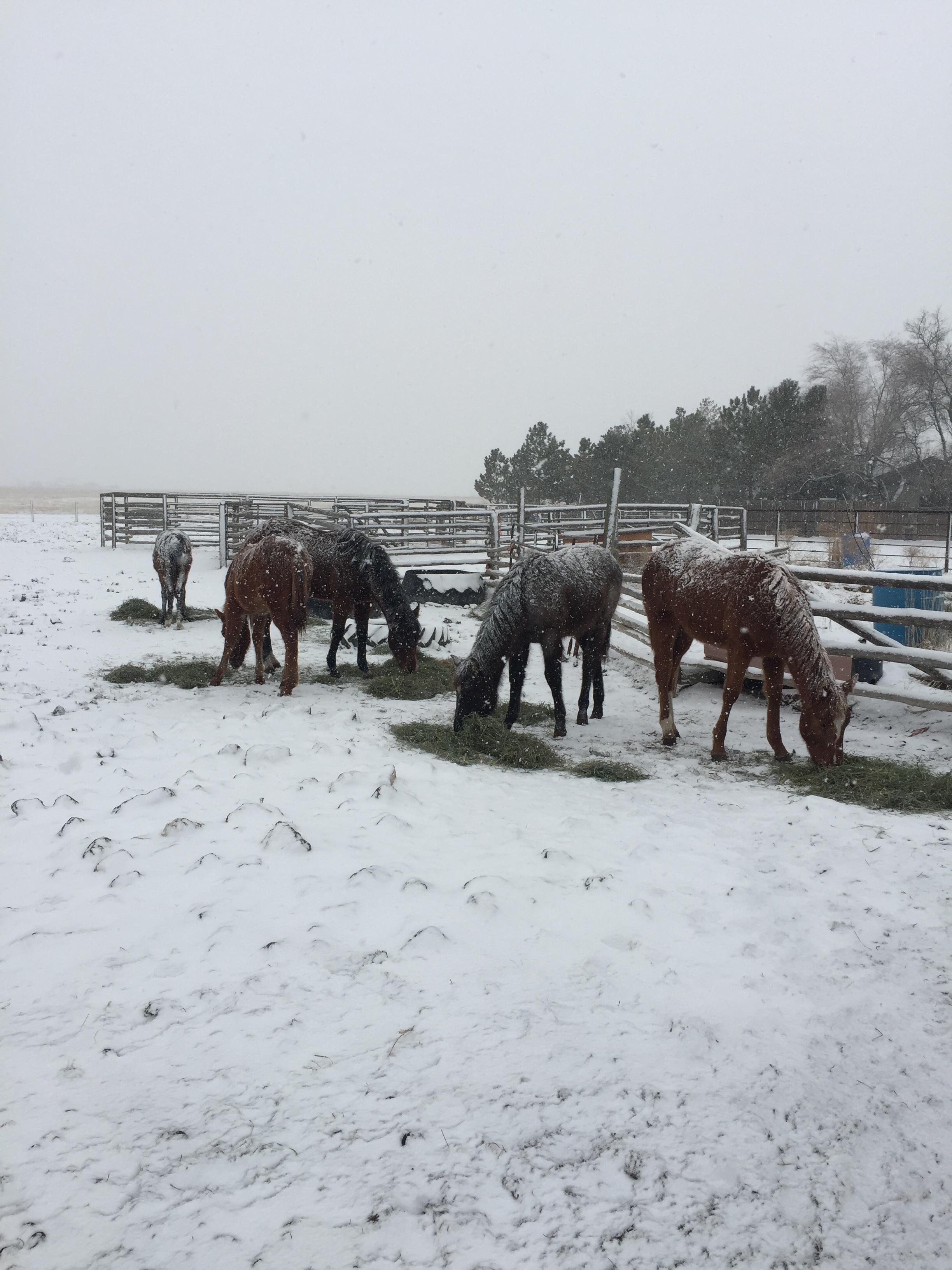