The Parke branding of 2017, Carey Idaho; that’s Jessica in the front on Kid Colt, Joe Hatch next and then Scott sitting on Gambler in the background. Scott and Jess are kids number 3 and 4 out of 6. Kole and Kam their 2 younger brothers would be in the picture but Kole is graduating from Med school and Kam is on a ‘Float’ with the Army out of Hawaii delivering Helicopter parts to places in the South Pacific. Kid Colt and Gambler are half brothers out of our Reminic / Colonel Freckles stud and 2 completely different bred mares. Kid Colts mamma was a Gun Smoke bred mare and Gamblers was foundation bred; Three Bars and King. Both mares were great producers. 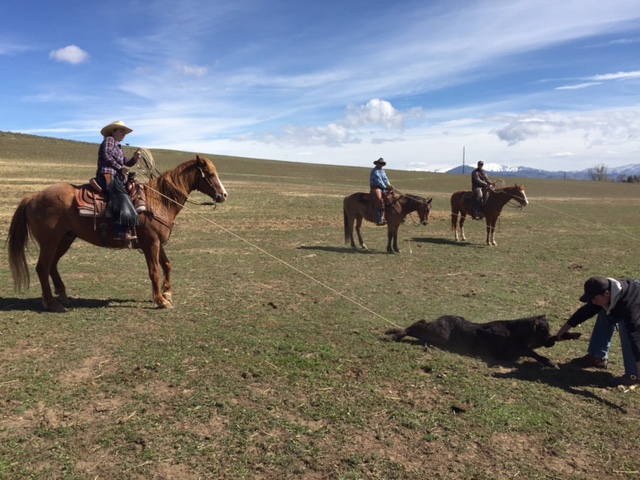 This is the ropers view, my view in this case. That’s Laska’s ears in the photo. she’s a full sister to Kid Colt and a roping fool. If you can’t ‘catcht’em’ riding her then just give up and work the ground. 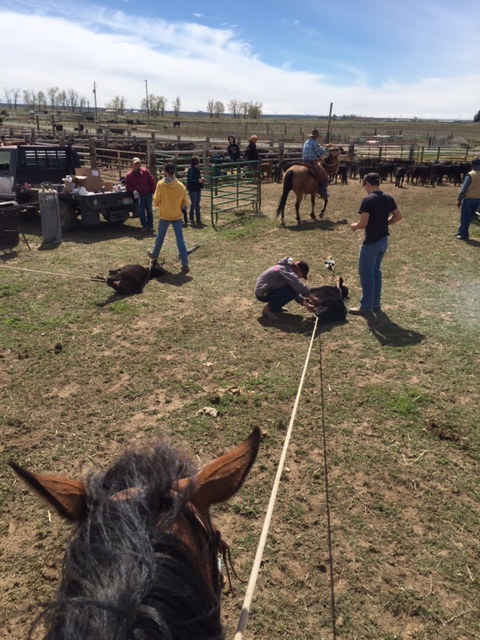 Two of my favorite cow girls, Misty and Peyton, using momma’s horse. Momma must have been working that day or she would have been there. Misty is number 2 of 6 and my co-conspirator in my writing and blogging. She thinks she’s guiding the horse but Peyton knows different. Actually with Rebel, the horse, you never know who’s in charge. 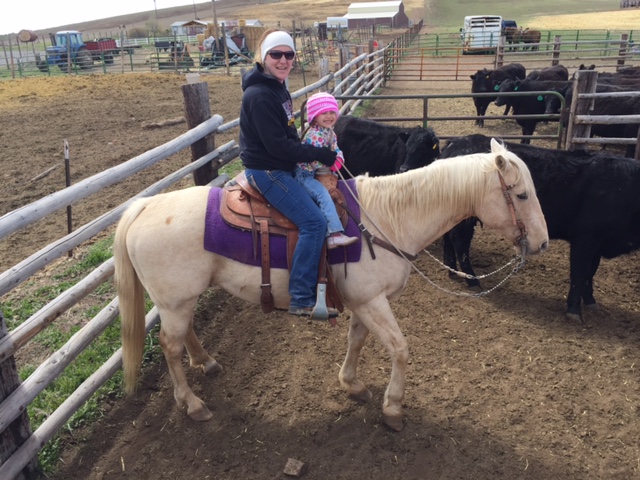 A great shot of Jess and Kid Colt; you’re never a foot when your on this horse, he’s a working son-of-a-gun. Jess has put in some long days along side her brothers roping and dragging calves to the fire. 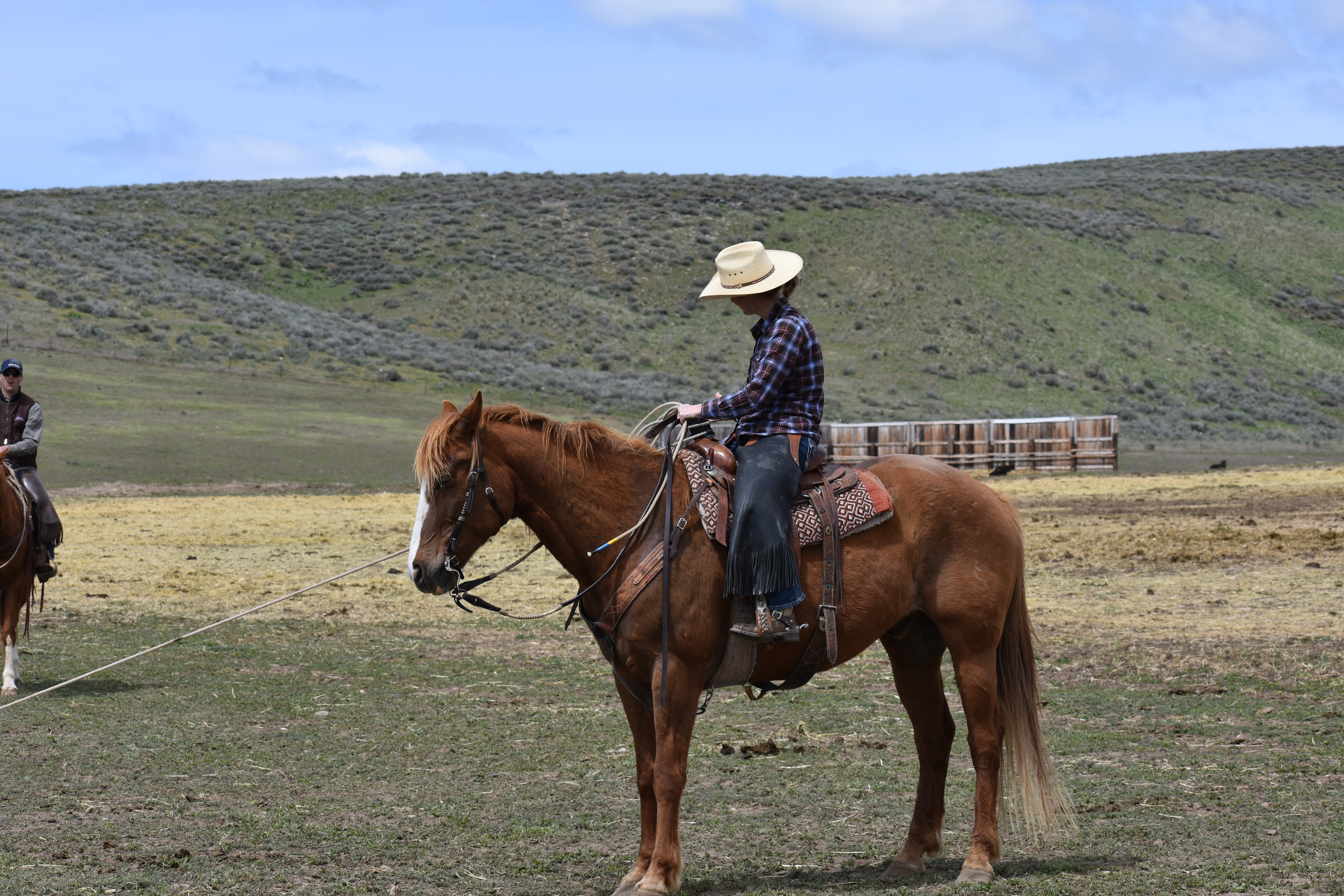 A great shot of Scott and Gambler. Gambler makes anyone that rides him look good and as good as Scott is sitting him here it’s a near perfect shot. Throw a cowboy hat on Scott and you’d have a cover photo for ‘The American Cowboy’. 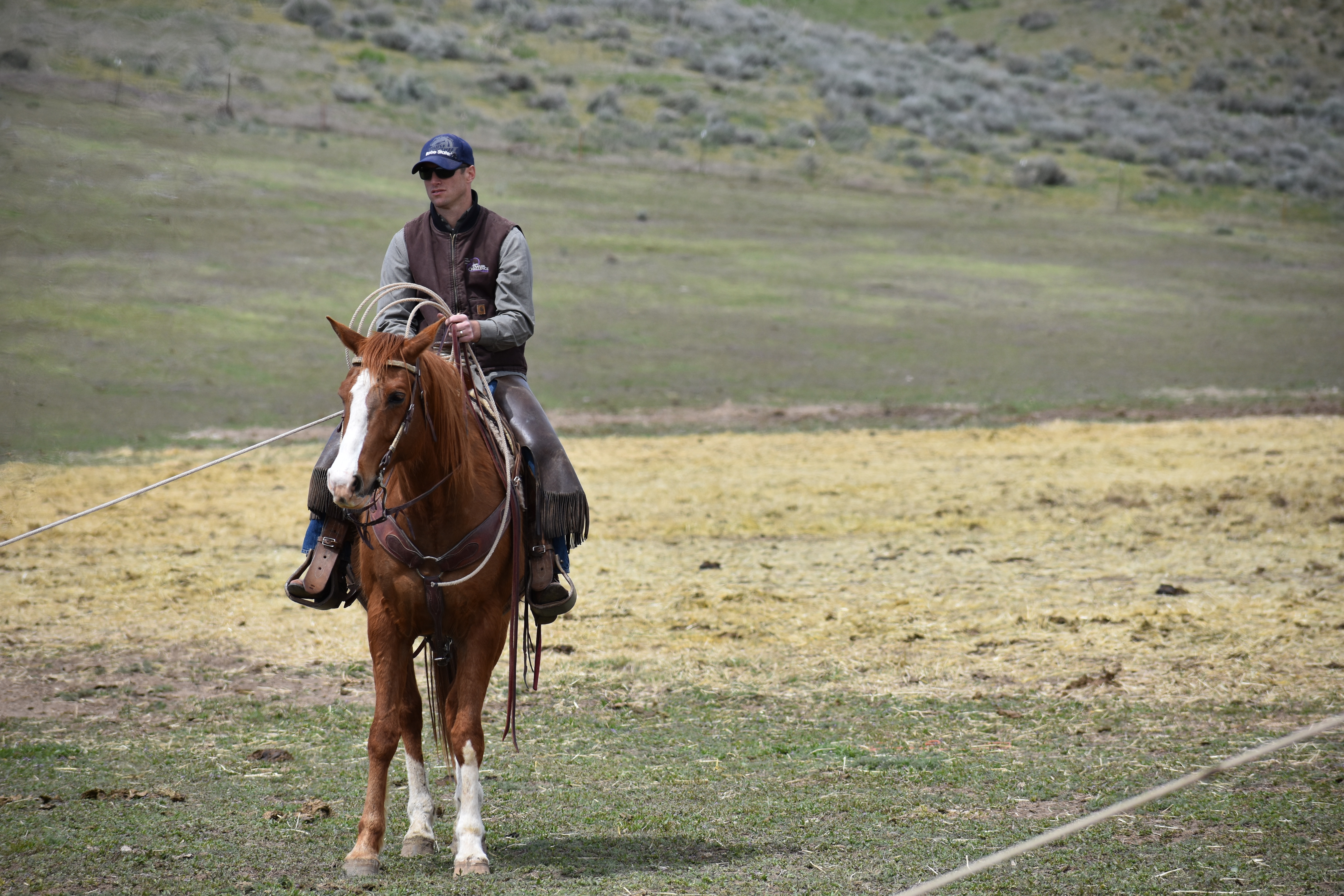 Here’s another shot with Jess, yours truly none other than the Idaho Kid; OK don’t fall off of your horse laughing, and Joe Hatch. I’m still a kid at heart, just ask my wife and kid’s. On second thought maybe you shouldn’t. The ground crew, Dave Parke and son hard at work. 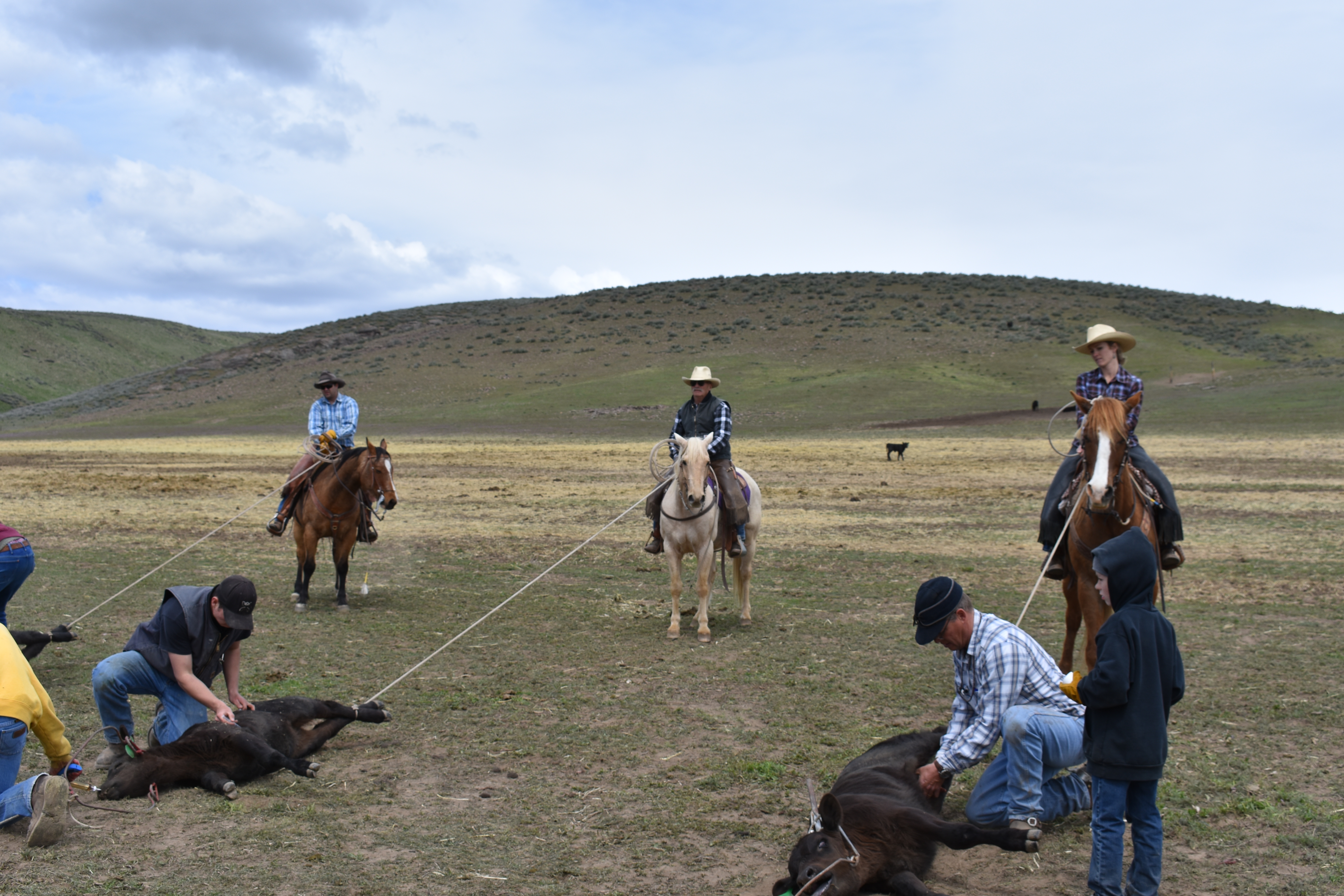